See the conference schedule and breakoutrooms 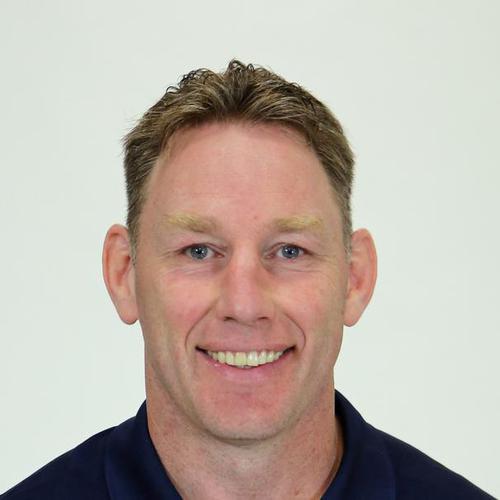 Talks covered by this speaker

Have you got yours yet?

Our All-Access Passes are a must if you want to get the most out of this event.

Mark’s first career was as a professional rugby player where he debuted for Manawatu in 1996, his first year out of school and the year rugby turned professional. He played in the midfield for Manawatu, the Central Vikings and Waikato at a provincial level, and the Hurricanes and the Chiefs in Super Rugby. Mark gained a test cap for the All Blacks in 2001 against Manu Samoa. He then ventured offshore and played two seasons for Japanese side Coca Cola West Red Sparks.

Mark gained a degree in English from Massey University while he was playing professionally, graduating in 2001. In 2008, he picked up his studies at the University of Cambridge, gaining a Diploma in Theology and Religious Studies and played in the traditional Varsity Match at Twickenham.

Mark is currently the Rugby Club Manager at the New Zealand Rugby Players’ Association where he reconnects and supports retired professional rugby players here in New Zealand as they transition out of the game and into new careers. Previously he has worked as a Personal Development Manager with the Highlanders, Crusaders and Canterbury rugby teams where he was tasked with building a supportive relationship with the players and assisting them to maximise the advantages a career in rugby affords them.

Mark loves spending time away from work with his family, wife Sarah and sons Thomas and Fergus, either at a park, on the Otago Peninsula or at a beach.

We use cookies This website (and some of its third-party tools) use cookies. These are important as they allow us to deliver an exceptional experience whilst browsing the site.